3D version of the game that has driven the world crazy
Sudoku (Japanese: ??, sudoku) is a logic game in which the player is offered a grid of 9 x 9 cells, each of which can contain a number from 1 to 9 in random order, or be empty or white ; the grid should be considered divided into 9 “sub-grids”, called regions, of 3 x 3 contiguous cells. The aim of the game is to fill in the boxes with numbers from 1 to 9, so that each row, column and region contains all the digits from 1 to 9 (each only once, without repeating). 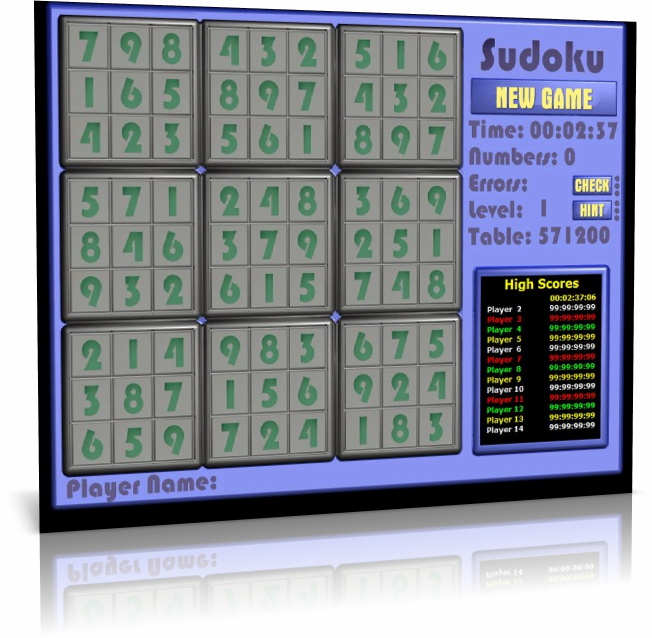 This site uses Akismet to reduce spam. Learn how your comment data is processed.

A program that contains a number of utilities for time-lapser. From simple pan / zoom / crop to more complex operations such as deflicker, or interpolation parameters of pictures taken. The program also lets you Read more…

A program that allows you to quickly create the intro for videos. See the dedicated website

MDB to DVDP (The movie database to DVD Profiler)

The program is a utility to search for information regarding a movie. The program connects to the online database TMDb. From here download the available information. Among this information, in addition to the cover – Read more…

wpDiscuz
We use cookies to make sure you can have the best experience on our site. If you continue to use this site we will assume that you are happy with it.
Utilizziamo i cookie per essere sicuri che tu possa avere la migliore esperienza sul nostro sito. Se continui ad utilizzare questo sito noi assumiamo che tu ne sia felice.
OkNoPrivacy policy
Revoke cookies